“I'm walking down 18th Street in the Bottom on a Saturday and I see this big guy in a tux with a lime green tie and green suede shoes standing on top of a Jeep, wailing on a guitar. After some staring and eye contact, he points to the door of the Cobblestone Brewery and tells me to go in, so I do. The rest of the night was an experience I won't forget. The big guy, Lem Roby, is one hell of a guitar player and showman. He walked around the bar talking to people while he played, strolled into the pool room, grabbed a cue stick, and played some of the best slide I've heard in a while. His band, Jack Salamander, covered everything from John Lee Hooker to Zappa.” –Richmond Music Journal


The live shows have been called: “Tasteful and tight, filled with the magical experience of the unexpected.” “Our kids had as much fun as we did!”

The Return of the Dark Side

SO excited to reprise The Dark Side of the Moon May 12th. Rehearsals have been amazing, and new technical heights have been achieved! See you all there.

Jack On The Range

Jack is Back! Live at Ranger Sound and Studios. We'll be recording audio and video as well as live streaming on facebook. BYOB and come help us be ourselves this time! 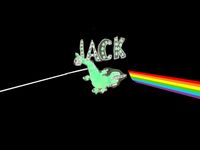 Jack Salamander's Dark Side Of The Moon

Come to this fantastic new venue and see Jack transform themselves into Pink Frog! Hear The Dark Side of the Moon in its entirety and all your favorite JackHits as well!

BYOB, so YOU can be assured your favorite drink will be in stock! No marked-up bar prices! All Ages, so no babysitter excuses! Streaming live on Facebook, so no "I live too far away" excuses! 10 bucks cover, cheap, cheap!

The first emergence from the studio of 2016! Jack will be melting faces. !0 buck cover, totes worth it.